The Belgian Court of Assizes will on Wednesday assemble the jury for the long-awaited trial of the 2016 Brussels terror suspects. Delayed nearly two months due to a dispute about the glass boxes constructed for the defendants, the trial is set to start in earnest on 5 December.

The mammoth procedure will be the biggest in Belgium’s judicial history and had been scheduled to start on 10 October. Yet at a preliminary hearing on 12 September, the defence argued that the nine individual glass boxes to be used in the courtroom violated their legal rights. The defendants would only be able to talk to their lawyers through holes drilled in the glass walls.

In agreement with the defence, the Assize Court ordered that the individual boxes be replaced by a single one similar to that used in the 2015 Paris attack trial. This was completed on 14 November with gaps cut between its panels to allow defendants to confer with their lawyers and speak without their faces being obstructed.

"The box corresponds to the ruling of the presiding judge," assize court spokesman Luc Hennart. "I believe procedures can go ahead with no further discussion.” He added that the Dutch- and French-speaking bar associations had inspected the new box and were satisfied with the alterations.

The jury will be assembled on Wednesday with twelve effective jurors and twenty-four alternates to be drawn by lot; all are expected to attend the entire trial. A total of 1,000 prospective jurors were summoned, of which some 300 have already been exempted. The remaining 700 or so must present themselves at 9 am on Wednesday. Failure to do so could result in high fines.

Candidate jurors will have a second chance to request an exemption from the presiding judge on Wednesday. Their names will then be placed in an urn for lots to be drawn after which both the defence and prosecution may each challenge eighteen effective or alternate jurors without stating a reason. The presiding judge can also challenge jurors if more than eight have been drawn of the same sex.

After jury selection, the trial itself will start on 5 December. On that Monday, the parties will be identified and the presiding judge will deliver an explanatory address. On Tuesday, the court will begin reading the 469-page bill of indictment.

Besides the main courtroom, seven rooms have been set up in the Justitia courthouse in Brussels for the nearly 1,000 civil parties in the case, their relatives and lawyers. The rooms are considered part of the courtroom and can interact via video link at all points during the trial. Separate audience and press rooms have also been set up.

A total of ten accused will stand trial: Oussama Atar, Mohamed Abrini, Salah Abdeslam, Ali El Haddad Asufi, Bilal El Makhoukhi, Hervé Bayingana Muhirwa, Smail Farisi, Ibrahim Farisi, Osama Krayem and Sofien Ayari. Oussama Atar, accused of being a group leader, is the only defendant missing after his death was announced by terrorist group IS in April 2019, although there is no conclusive evidence. French secret services believe he was killed in an airstrike in Syria in November 2017 though his body was never found. 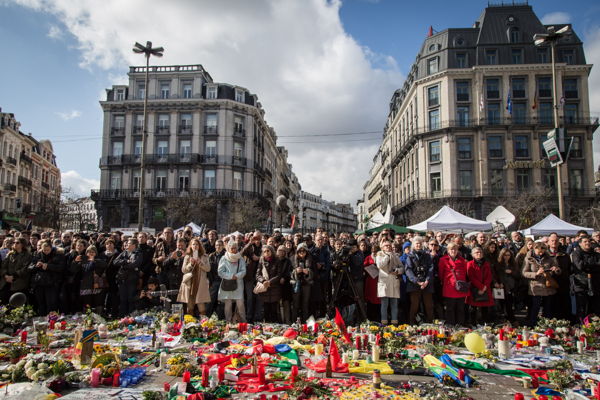 2016 Brussels terror attacks: The ten on trial
Ten defendants are standing trial for the 2016 Brussels attacks in which 32 people were killed and around 340 injured. Jury selection for the trial starts on 30 November and the entire procedure is expected to last nine months. Among the ten on trial are ringleaders Salah Abdeslam, Mohammed Abrini and Ossama Krayem, who earlier this year were convicted of orchestrating the November 2015 Paris attacks. Here is an overview of the defendants:

2016 Brussels terror attacks: Investigation overview
Nearly seven years since the 2016 Brussels terror attacks, the trial of ten male suspects will be launched in Belgium on 30 November. After a judicial investigation that took over three years, in September 2021 the Brussels indictment chamber referred ten suspects to Belgium’s Assize Court, which deals with the most serious cases. 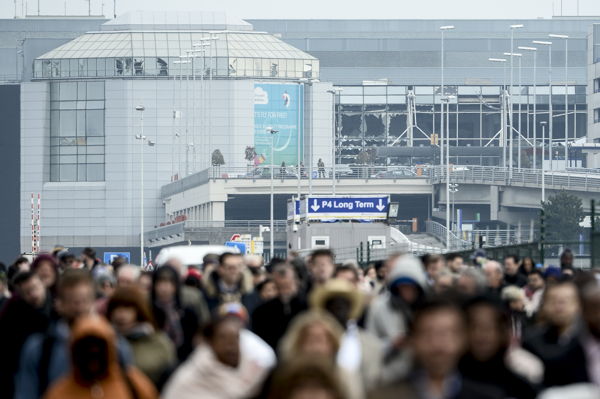 22 March 2016: The day Belgium was rocked by the deadliest terror attack in its history
On Tuesday 22 March 2016 at 7:58 am, two terrorists detonated suicide vests in the departure hall of Brussels Airport. It marked the beginning of a long, frightening day that left 32 dead and some 340 injured. Now Belgium embarks on its biggest ever trial, with ten defendants facing prosecution for the atrocities carried out almost seven years ago.